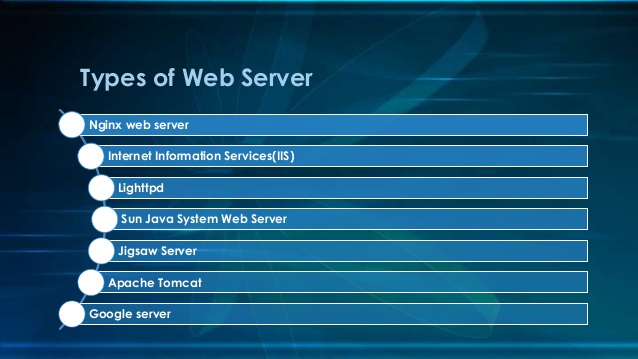 The content for a website is stored and delivered by a web server, such as images, application data, text, and videos etcetera.  In other words, it is a hardware or software which uses protocols like HTTP (Hypertext Transfer Protocol) to respond clients around the globe through WWW (World Wide Web), meanwhile, most of the content is being encoded by HTML (Hypertext Markup Language). A web server is known to cache content to hasten delivery of frequently searched data.

Following are the two types of content that is delivered by the web servers as per demand of the client.

What are web hosting files?

A web server is used to host multiple websites at a time, either using software or hardware resources, whereas software controls hosted files and hardware connects with the internet to allow data exchange, this is collectively known as virtual hosting. Generally, a web server hosts only those websites which are approachable on internet, furthermore it satisfies a large number of clients just by restricting the speed of response to different customers.

The VPS is one of the current form of web hosting which is getting popular worldwide as this hosting has become a source of searching businesses for hosting webs, typically for internet ventures. It has been separated for owning its quantity, operating system, and disc space. It means that the server is partitioned to own its practical server.

Web servers are now become a great part of both internet and intranet programs while providing good packages, which are used for

In market, there are five most leading web servers which are likely to be further discussed.

Apache HTTP server is one of the most operational server that is being used worldwide as it supports all the operating systems like Apple IOS, Windows, Unix, Linux, and others too. This server has been run across the world, around 60 to 65% of the web machines use it. However, It is considered as an open source that indicates free resources and easily reachable. The current version of apache is way better than the previous one due to which, it can alter the server as per demands of the user.

Microsoft internet information services server works as same as apache but besides, it is not an open source which means, unavailable for free use also it is quite hard for this server to alter as per requirements. However, Microsoft has played a vital role in windows operating system and furthermore it provides any kind of help regarding windows and likely to solve the issues if noticed.

Why does it called lightppd? Well, it is a compilation of light and httpd. It is considered as fast, secure, versatile, as well as accommodating. Although, it is not as popular as IIS and Apache yet, has optimized for high performance surroundings. LIghttpd, at the same manage to run a greater number of connections and could provide opportunities like URL rewriting, servlet support, Auth, virtual hosting, and HTTP proxy support etcetera. Better choose lighttpd to refrain from loading problems in server.

Nginx is well-known for its performance provided by low configuration, moreover an open source just like Lighttpd. It is considered as one of the best requesting handler due to handling requests at a single threat. It possess media streaming, static file handling, caching, balancing load, and auto-indexing etcetera. Nginx is a valuable server in a market these days and being used worldwide.

It is called as multi-process and multi-threaded web server, whose performance is a proof of versatility. The current version has been introduced CLI (command line interface) known as wadm. So the 7.0 version of sjsas does not support http server admin.

Web servers are only selected as per requirements of the client by web hosting companies, its main objective is to queue number of customers on a single server which means whatever software clients are more likely to use would be handled by a web server easily. So you are supposed to choose server if they meet your needs.For more details you can contact us without any hesitation!